If you have been paying attention to Snapchat’s recent IPO Snap Inc. (NYSE:SNAP) you should have concluded that it is an extremely risky bet. Unlike the significant pool of millennials that piled into the stock only to realise they had purchased shares in Snap Interactive an entirely different company! Investors sent shares in a little known startup called SNAP Interactive Inc. surging...

Creating Better Description Tags The meta description tag is used to summarize a web page’s content. Search engines often use the meta description tag as the snippet of text displayed in the search results to provide the visitor with more information on what the page might be about before they click on it. A well crafted summary outlining what visitor can expect to see on the page can... 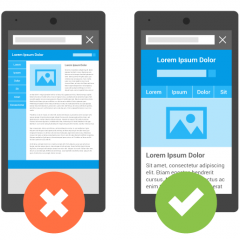 On April 21st 2015, Google will implement a new change to the search algorithm targeting websites that aren’t mobile-friendly. Given the amount of interest this announcement has garnished (dubbed “mobilegeddon”) and the increased awareness for Webmasters to get sites optimized for mobile search (prior to 21st April 2015) why is this announcement different to previous algorithm changes? Why This Algorithm Change Is...

CNAME records are used to identify multiple domain names that point to the same IP address. An A record points directly to an IP address. Essentially a CNAME record is used when you don’t have access to an A record, for example when you have a WordPress blog on a sub-domain (wordpress.site.com) CNAME Vs. 301 Redirects The main difference between the two methods is that a 301 redirect can target a Web page, but a DNS canonical record... 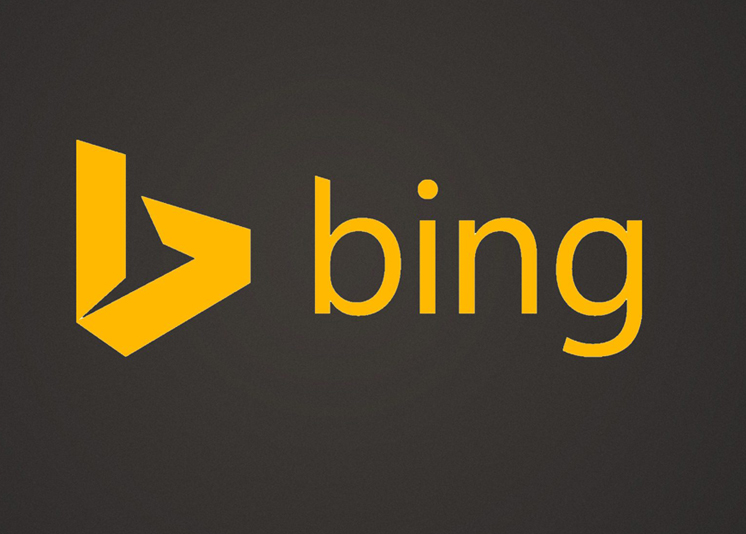 Bing now appears to be showing full song lyrics in the search results for most popular artists. Bing’s use of song lyrics directly in the SERPs is similar to Google’s recent “structured data” efforts. Presently, full song lyrics are only showing for US searchers however Bing plans to expand this outside the US over the next few months.

** UPDATE ** So What Actually Happened to Google Authorship? Not enough people were using Authorship for Google to use it as valid indicator in search. The primary reason seems to be low adoption by content creators. Google has officially ended its authorship bylines from displayuing within the search results. Additionally, Google will cease tracking content written by authors as tied by the author’s G+ profile. Google may choose to...

On Wednesday August 06 2014, Google announced that they have been running tests taking into account whether sites use secure, encrypted connections as a signal in our search ranking algorithms. “We’re starting to use HTTPS as a ranking signal. For now it’s only a very lightweight signal — affecting fewer than 1% of global queries, and carrying less weight than other signals such as high-quality content — while we... 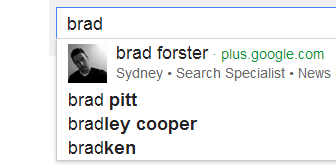 Google Plus now allows you to vanity search names and click direct through to a Google Plus Profile. I’m now outranking Brad Pitt! Author: brad forster